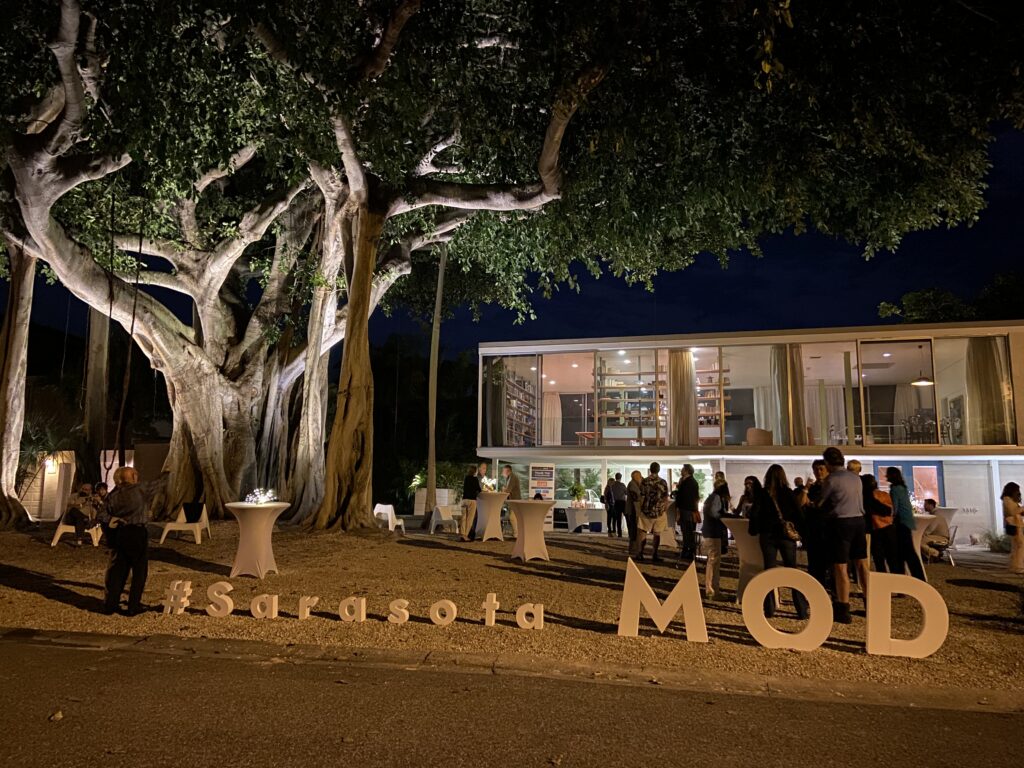 The 8th Annual Sarasota MOD Weekend kicked off it’s 3 day Festival on the evening of November 12th 2021 with an Ultra Hip Tropical Soiree catered by Tiki Go Go.  Chef Kelley Hawks, Chef Tom Hawks and their Tiki Go Go crew created a sensational Opening Night Party under the giant Banyan Tree in front of what once was Hiss Studio on Lido Shores.  It was the perfect setting to celebrate the legacy of Phillip Hanson Hiss.  The Sarasota MOD Weekend chooses a different person each year to highlight their vision and works connected to the modern architecture movement that became the Sarasota School of Architecture. Phillip Hanson Hiss was considered a primary catalyst of this modern architecture movement in Sarasota.  Hiss was a design leader as well as a civic and educational leader for the local community.  Both his cutting edge forward thinking, paired with his strong sensitivity to climate and environmental concerns gave birth to innovative sustainable contemporary architectural design.  Great examples of this are found among the many groundbreaking Mid Century Modern Homes located on Lido Shores. It was a magical evening  in front of the Hiss Studio and the Umbrella House to celebrate origins of Architecture Sarasota, the newly formed single entity uniting for the first time both (SAF) Sarasota Architectural Foundation with (CFAS) Center For Architecture Sarasota. 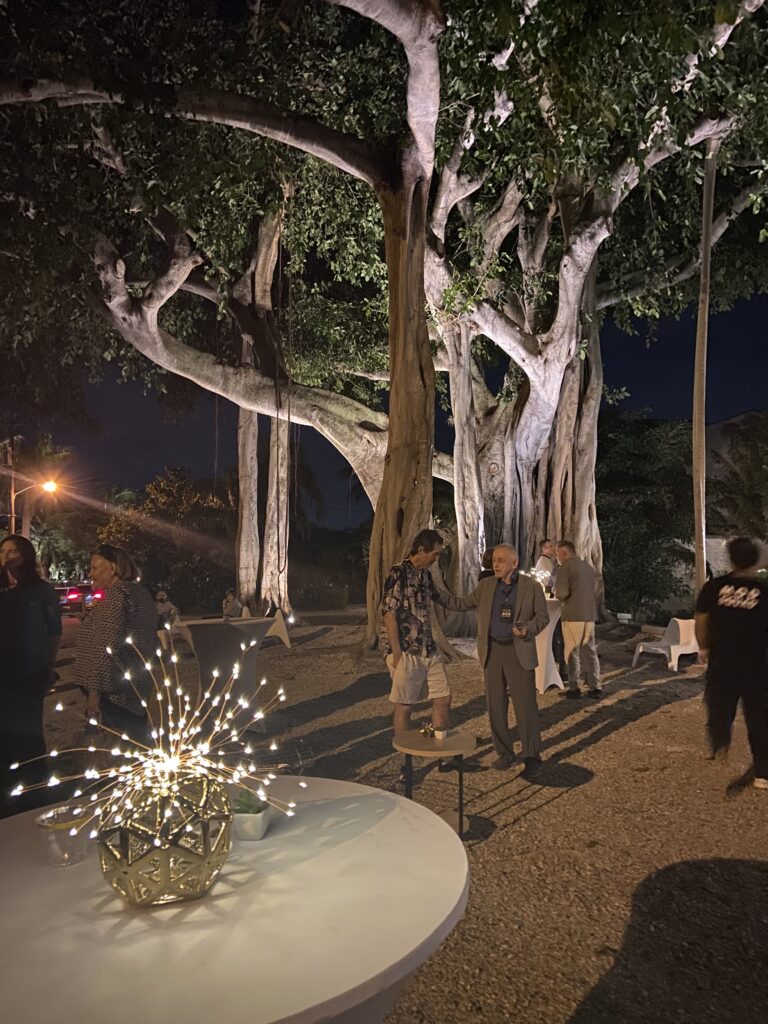 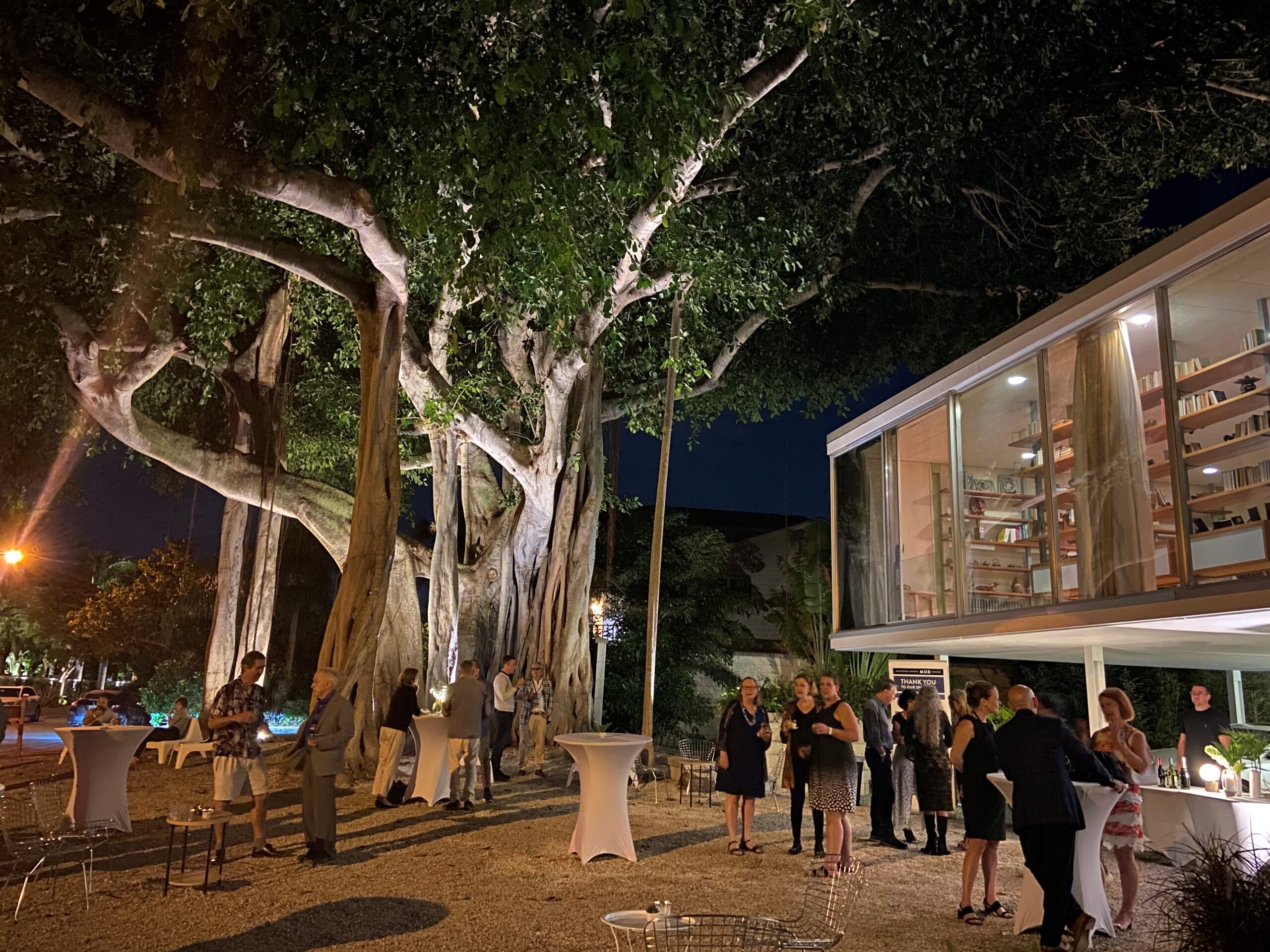 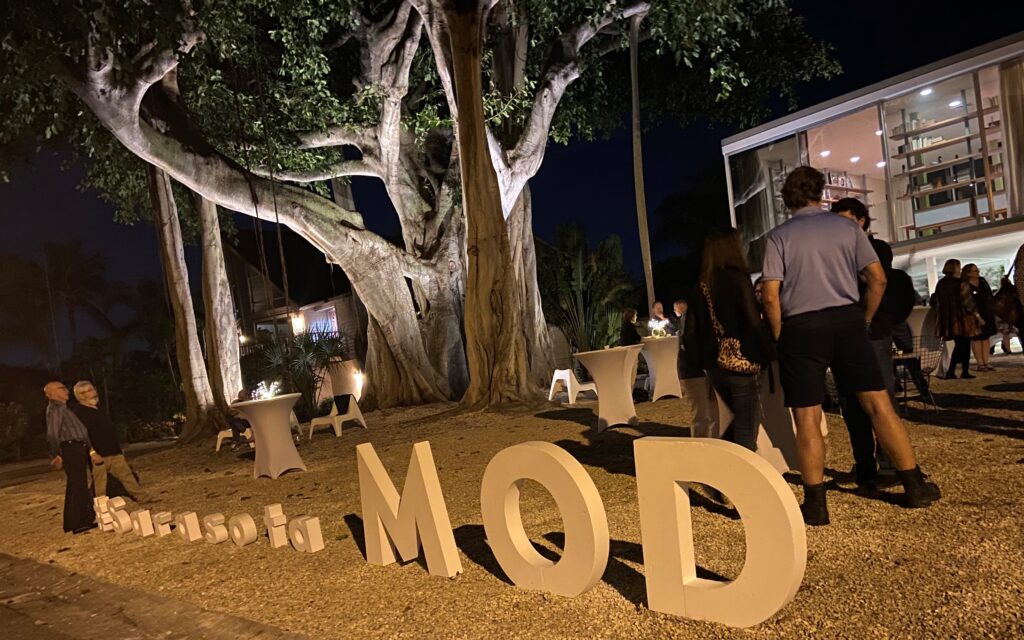 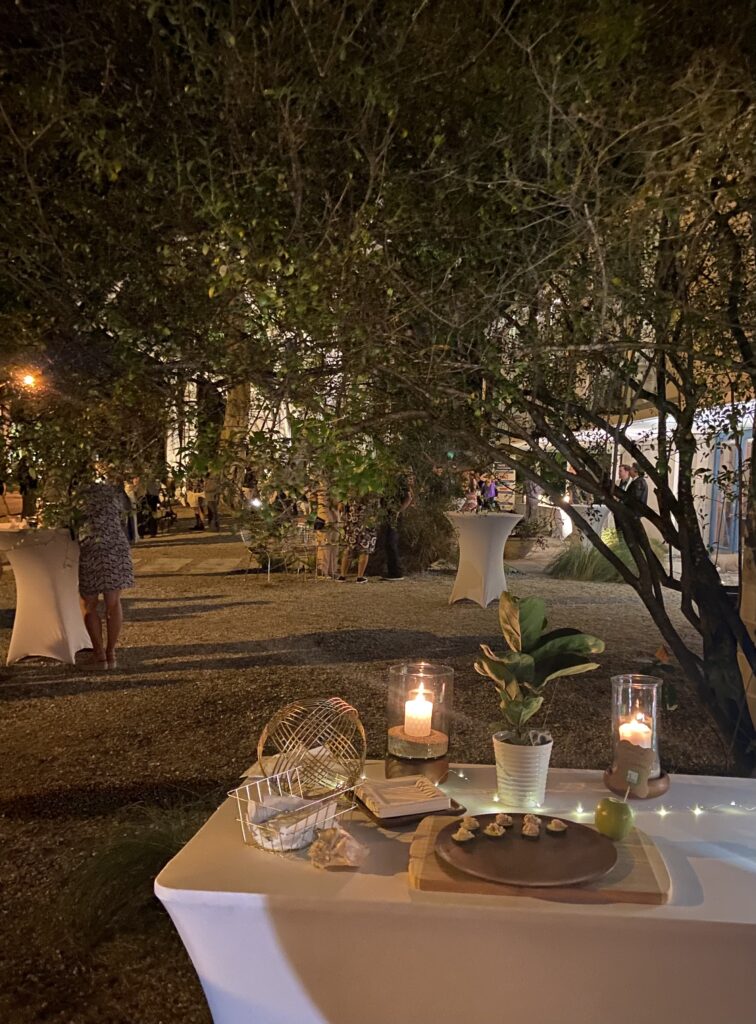 Hiss was a well traveled man with global journeys taking him to all parts of the world.  When Tiki Go Go created the Opening Night Party “Under the Banyan Tree” for Architecture Sarasota for the 2021 Sarasota MOD Weekend, Chef Kelley Hawks wanted to capture his sense of classy sophisticated style with tropical leanings toward Bali. She used an assorted mix of huge white ceramic shaped modern vases with Large Tropical leaves to accent her Tiki Go Go food tables.   Sticking with all white table linens for 20 Hi-top cocktail tables, 2 long food buffets as well as both Cocktail Bars helped to pull together a cohesive look to the party layout for such a large sparling party scene in front of both the Hiss Studio and the Umbrella House next door.  Tiki Go Go dazzled the party guests with platters of mind blowing original party bites. 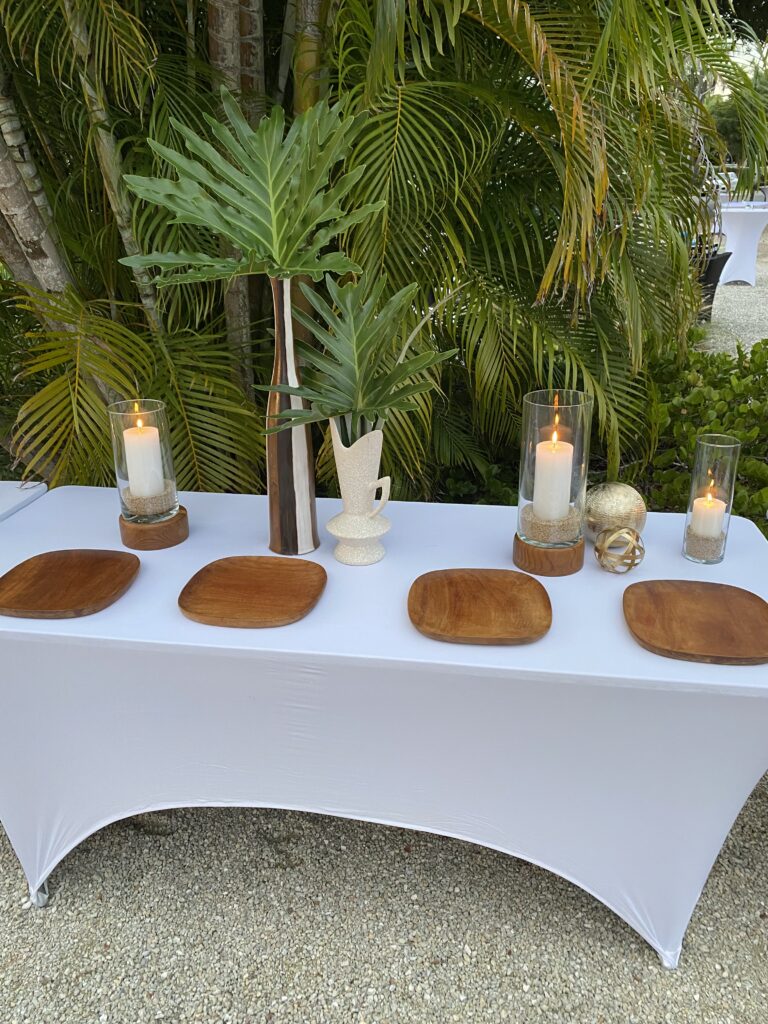 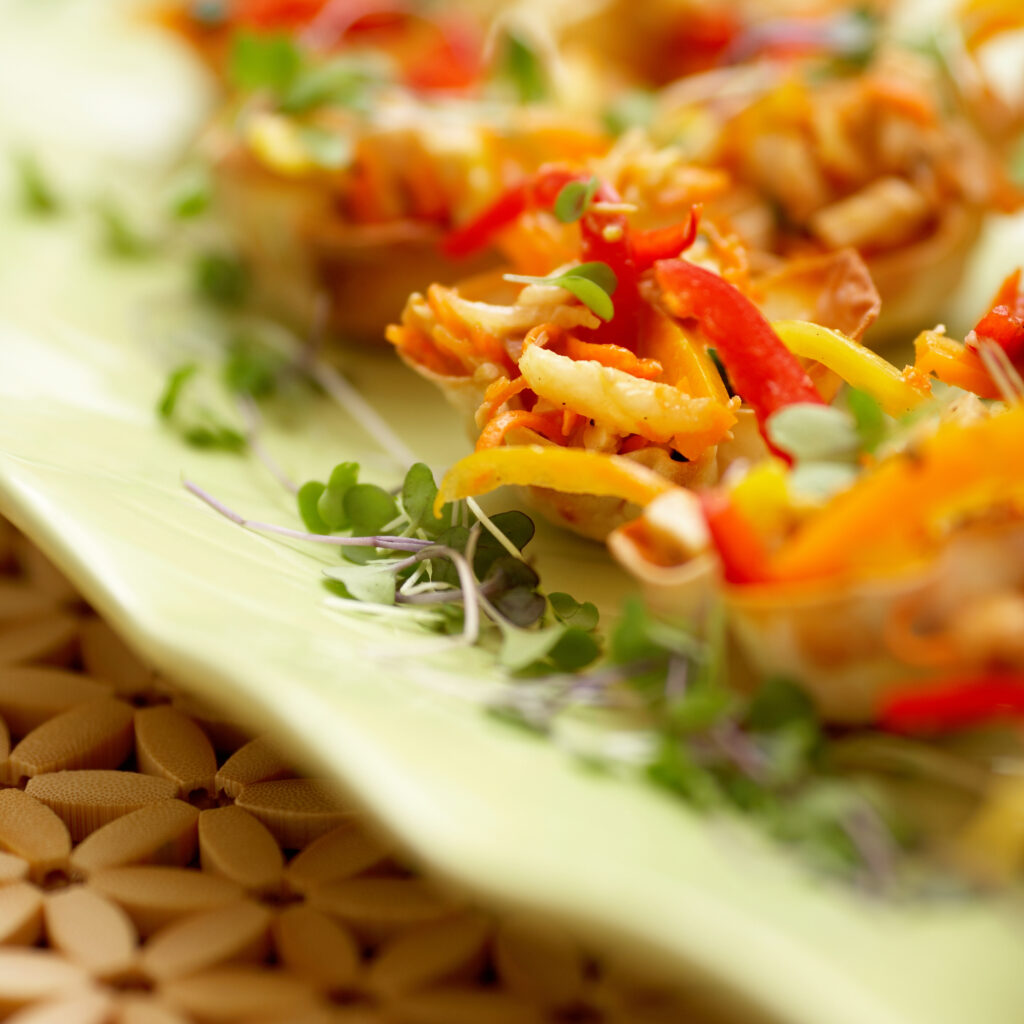 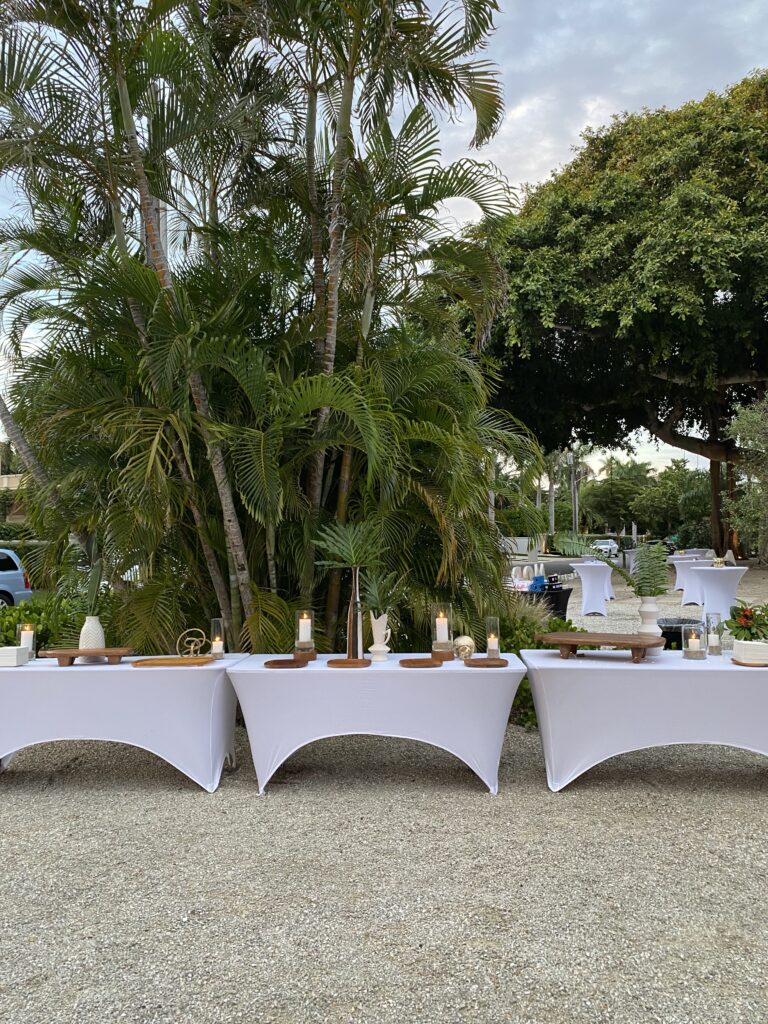 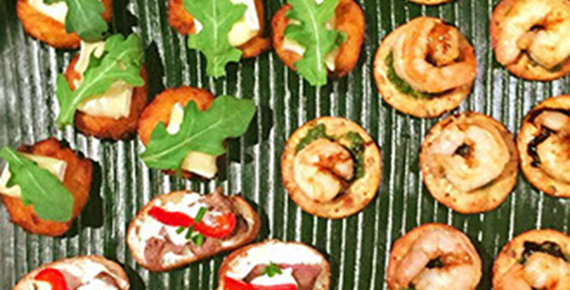 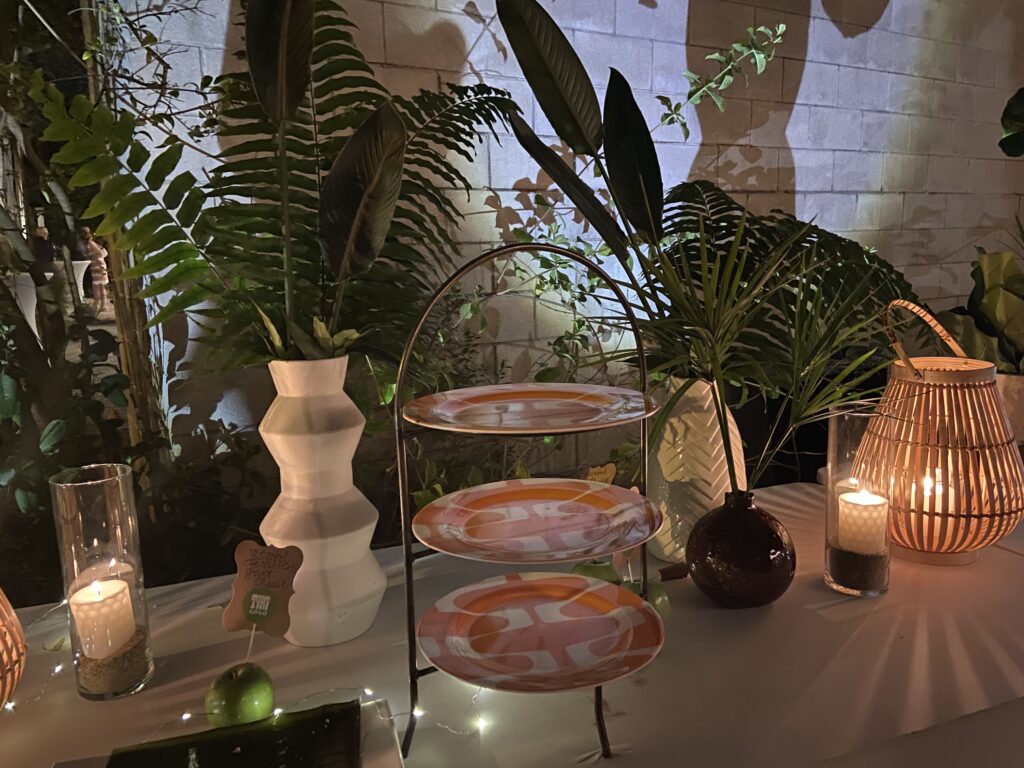 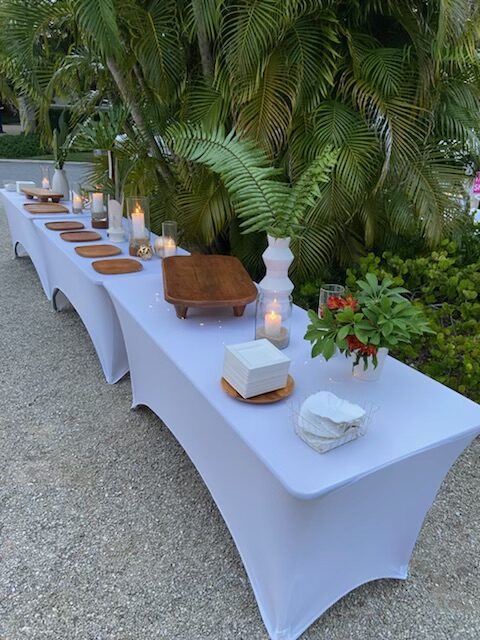 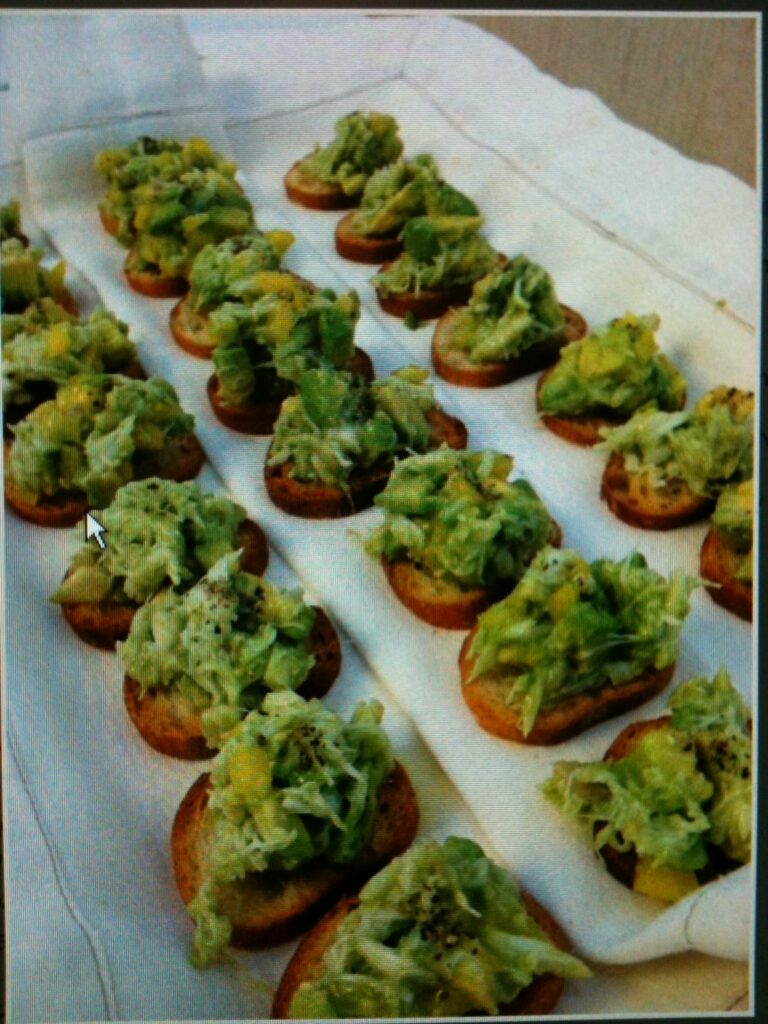 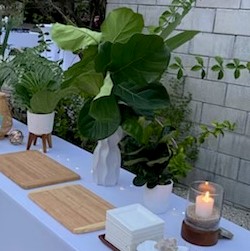 There was a Tiki Go Go Satellite Bar located under the Hiss Studio near the Banyan Tree serving the very special Champagne Cocktail with a splash of Passionfruit Syrup.  We called this Specialty Cocktail ‘ The Hiss”.  The Main Bar was located under the carport of the Umbrella House next shell driveway over.  The carport strung with classic Tuscan market lights was transformed that evening and delighted guests were greeted with a delicious selection of International Wines and local craft beers. 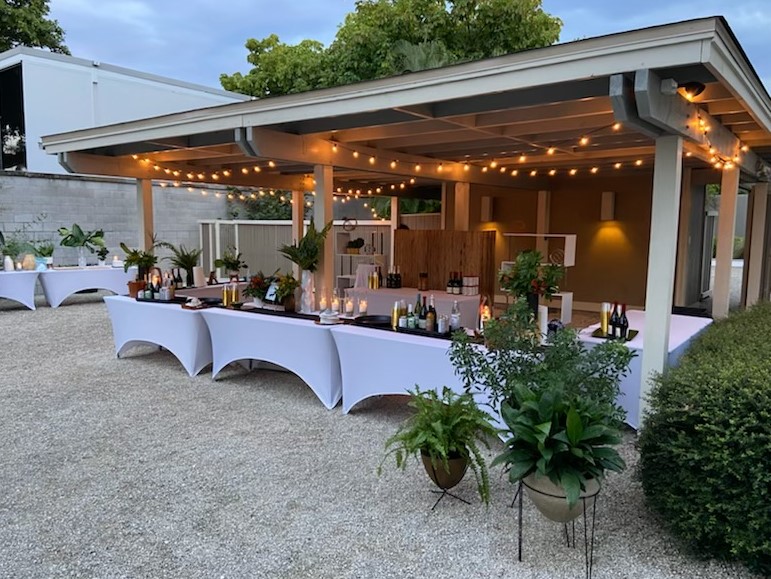 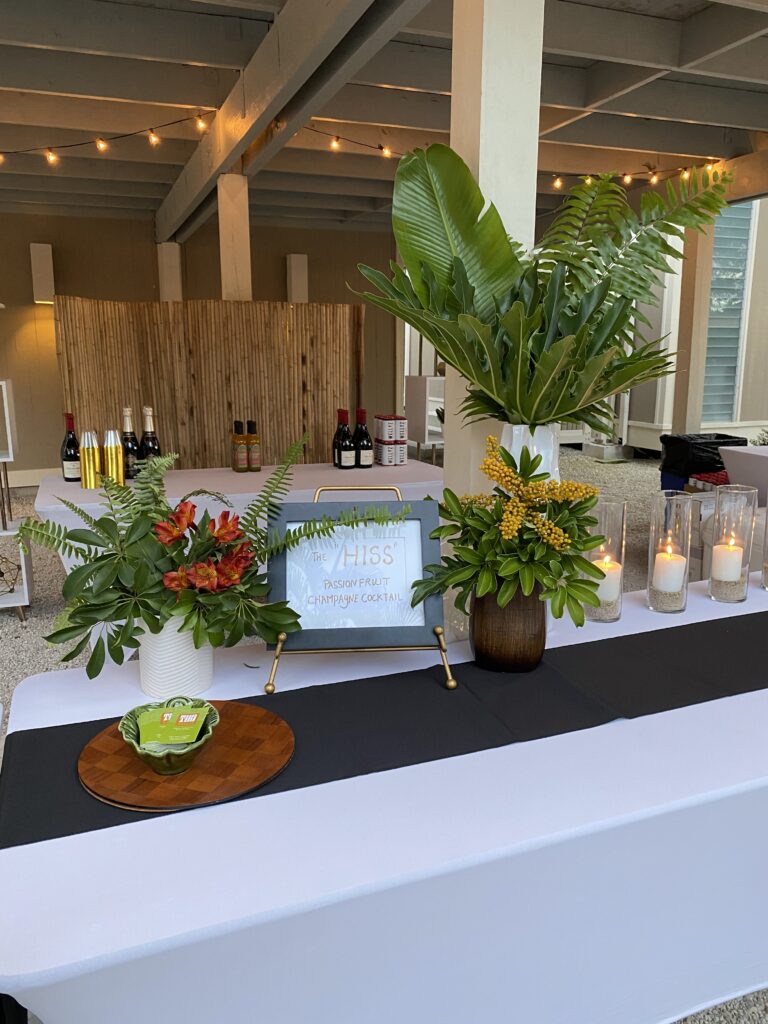 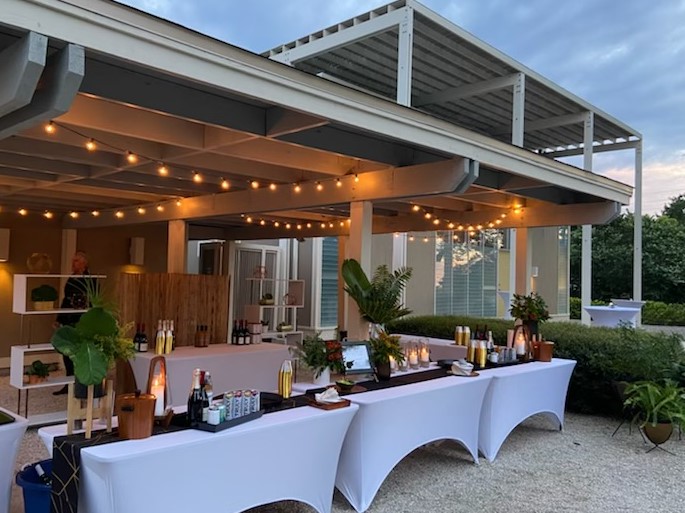 About the Author: Kelley Hawks